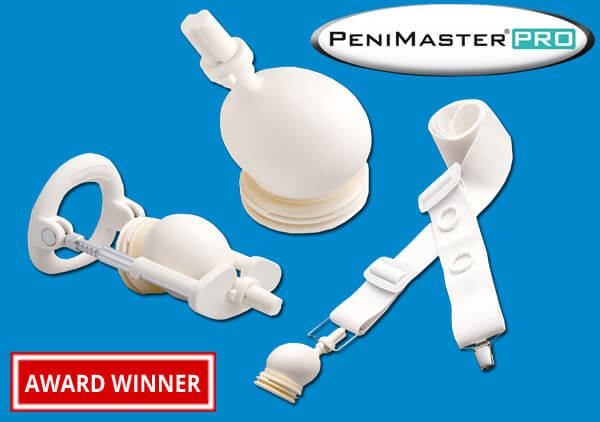 The new form of power and comfort PeniMaster Pro is a vacuum based pulling system, which in combination with a specially designed traction technology can be used as rod- and belt penis expander.

This urologic penis expander allows an immediate and with regular use a permanent increase in penis size including the penis glans.

The new and patented PeniMaster Pro works a 100% pain free. It is the preferred expander for successful medical aesthetic and therapeutic treatment of the penis.

For whom is the PeniMaster Pro suitable? 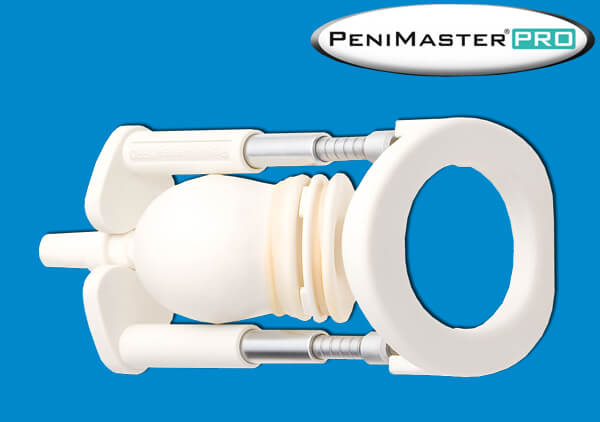 — PeniMaster Pro is suitable for all men

Thanks to its innovative design the PeniMaster Pro provides an ideal application for any penis and glans size.

An individual size adjustment by 2 split adapter in conjunction with a vacuum membrane provides a convenient, safe and pain-free fit for any size. The patented 3- forces vacuum technology for glans fixation offers maximum holding power while sparing the tissue.

This gentle treatment is not just aimed at aesthetic penis enlargement, but also intended for therapeutic penis corrections and postoperative treatments.

Read on and find out what success you can achieve with PeniMaster Pro.

PeniMaster Pro results | You will profit from: 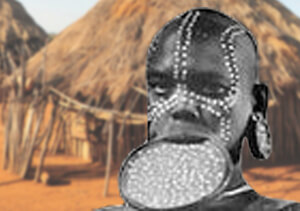 The PeniMaster Pro operates on the principle of elongation by stretching the body, as used in modern orthopedics and surgery.

The human body has the remarkable ability to adapt under certain mechanical conditions, and to deform.

If the tissue is exposed to constant stretching, the cells in this region begin to part, in addition to proliferate and to increase the tissue mass. 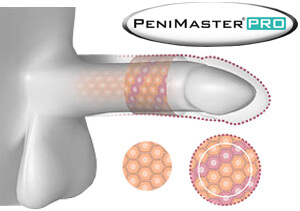 This cell renewal is accelerated by the alternating processes of cell division and cell regeneration, resulting in long term cell growth. Think of this process as similar to muscle training, causing fine painless micro cracks in the cellular tissue, which subsequently heal over and form new tissue.

If this completely natural process is provoked several times, it leads to a continuous and sustained increase in muscle mass.

So eventually the penis is enlarged in terms of length and girth. Not without reason is penis enlargement also known as "Bodybuilding for the penis.

The result is a permanent penis enlargement in the form of expanding penis length and penis thickness.